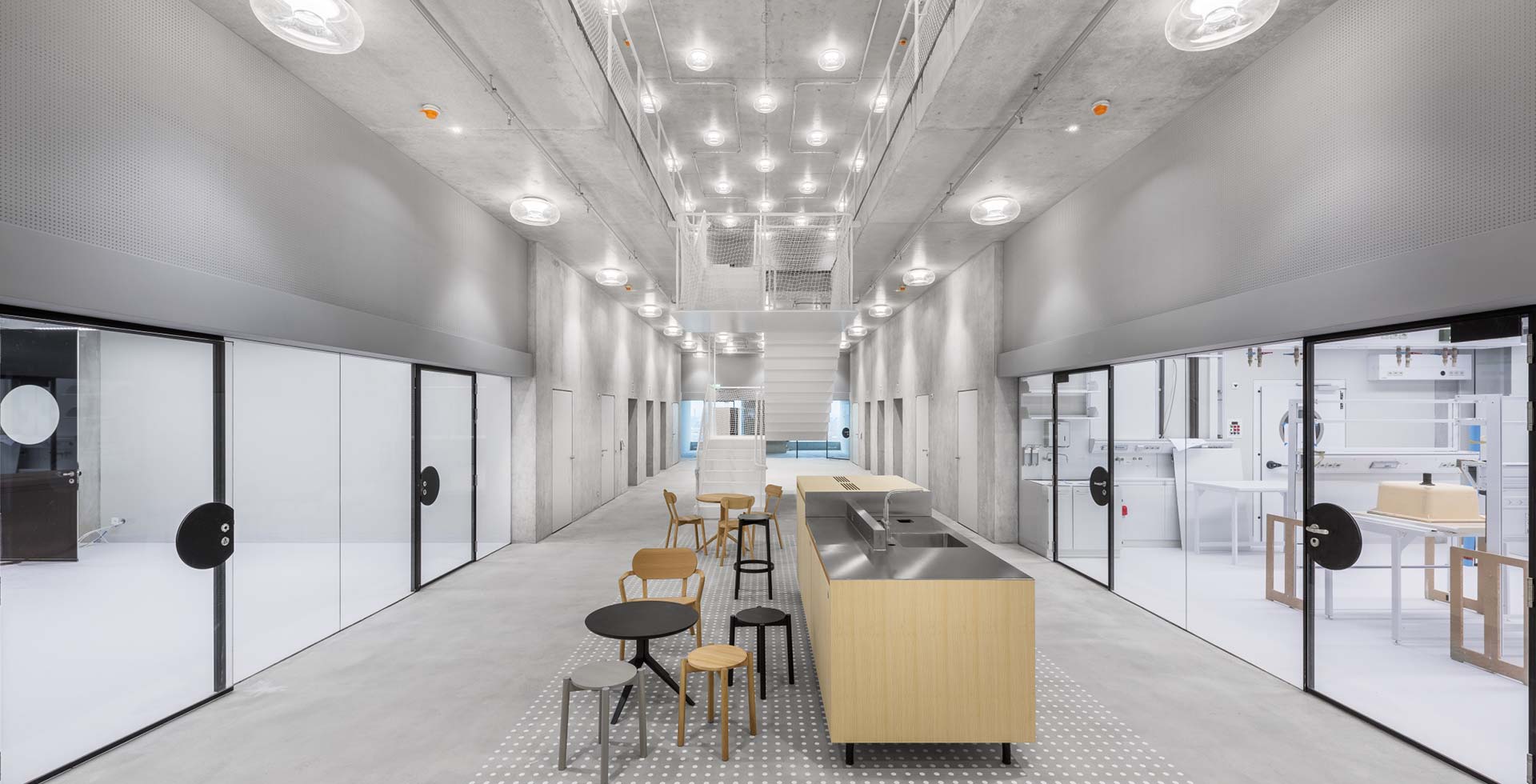 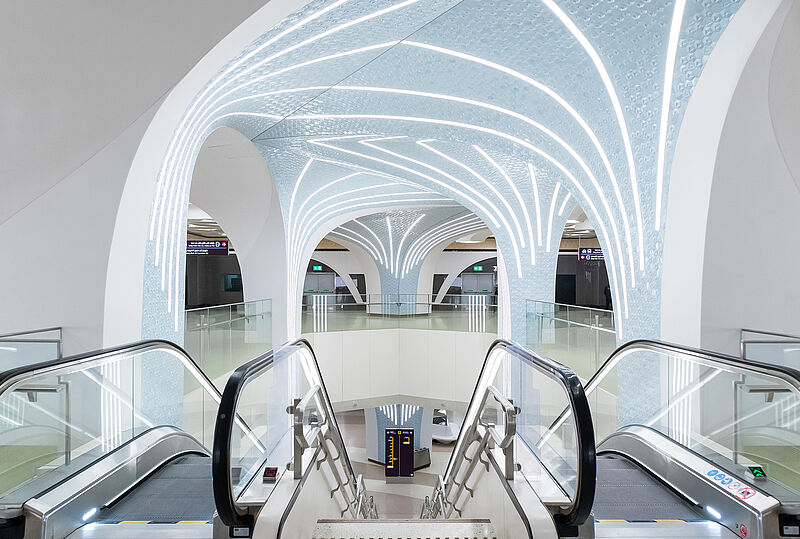 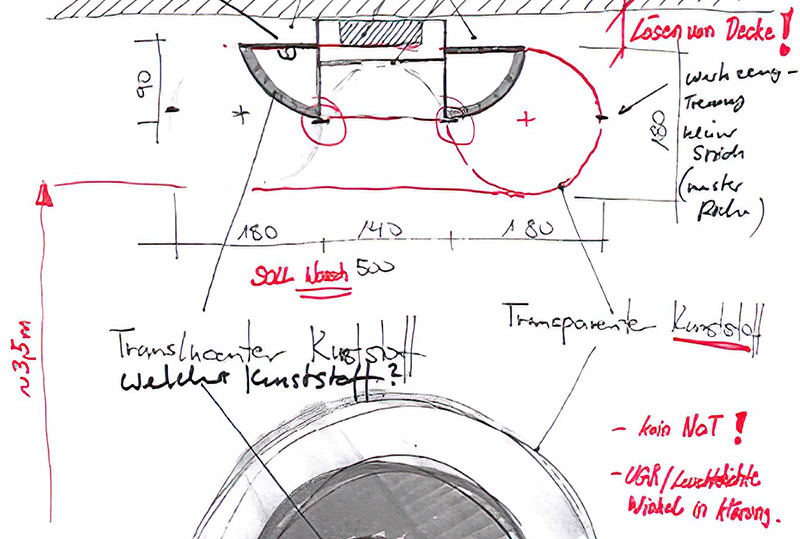 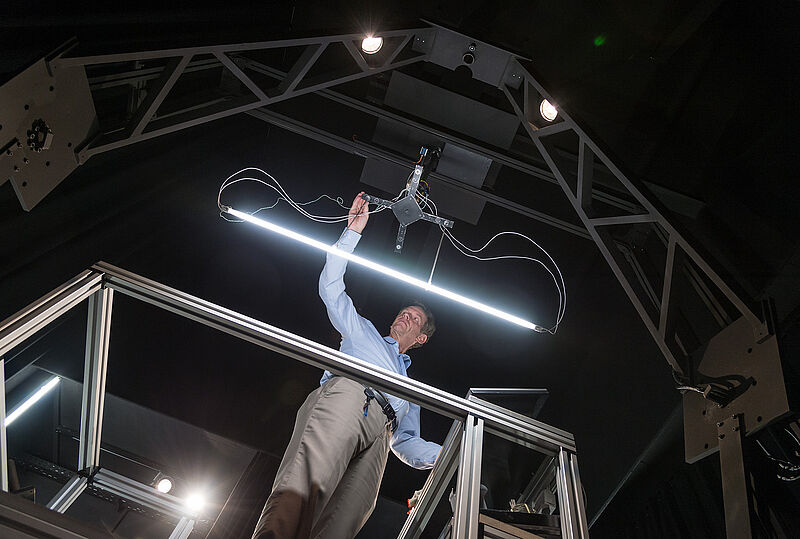 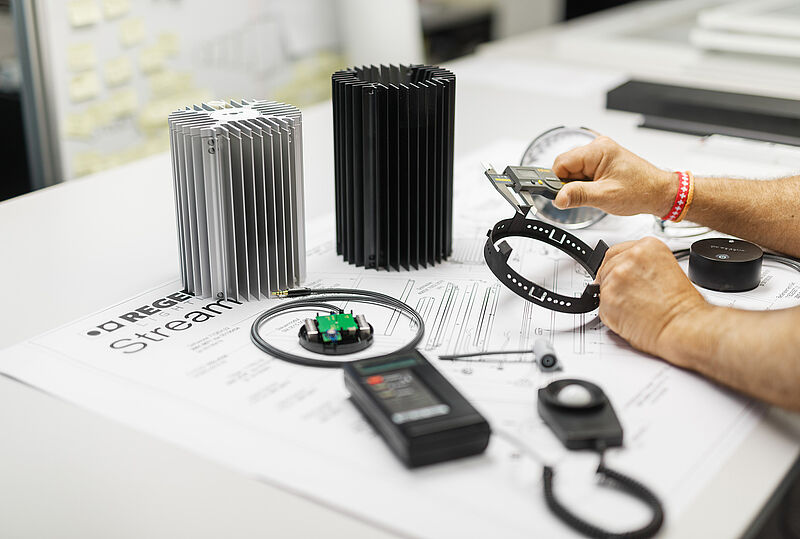 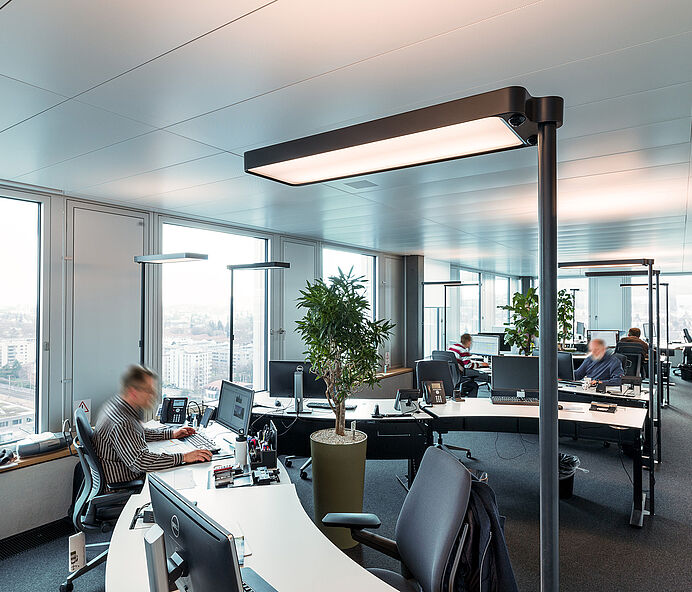 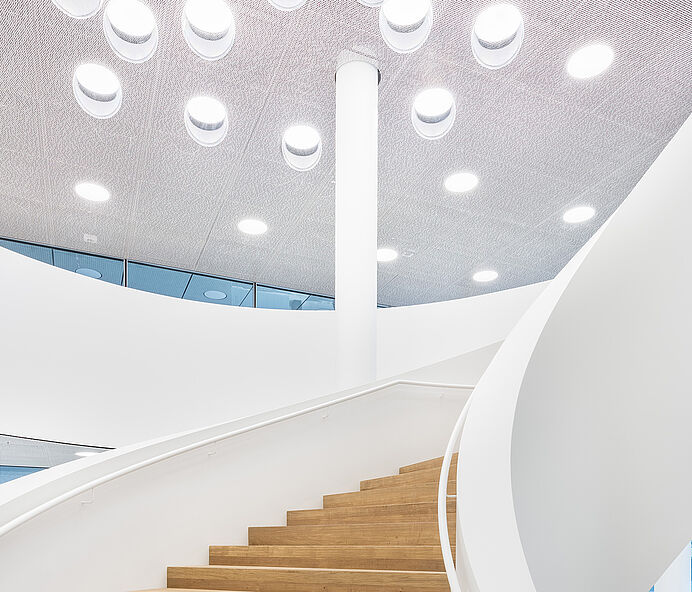 The Greek gods would have been delighted with the Bespoke Asklepios luminaire. As on a pleasantly overcast day, light seeps gently through the fine mesh ceiling structure, resulting in a diffuse but evident spread of light throughout the space that is also suitable for office environments.

But what was actually behind the design of the new luminaires for the striking Asklepios building on the Novartis campus? It all began with the clear vision of the architects Herzog & de Meuron. Their idea was not only to create a custom luminaire, but to develop this vision as part of the overall project. The Bespoke team at Regent seized upon the architects’ creative idea and made it their goal to deliver an appropriate solution. Collaborating closely with the architects, the Bespoke team succeeded in developing a luminaire that would meet the structural requirements of the lighting so that the expectations and requirements laid down by the architects and the client were fulfilled to an optimum.

The specifications were particularly stringent, given that the luminaires needed to integrate perfectly with the fine mesh ceiling structure. As a result, the luminaire not only blends in perfectly with the architectural concept for the ceiling, but also features a filigree grid pattern that picks up on the design of the ceiling structure. The “sky” thus remains in line with the open space design of the building. And still the lighting is able to meet the wide range of requirements inherent to the highly communicative spaces. This is due to the fact that, without it even being visible, there are different versions of the luminaire in application.

By generating an open-air effect, the Bespoke luminaire plays its part in supporting communication between staff in every corner of the building. Even in the bar area, which is accessible to the public. Asklepios, the Greek god of healing, would definitely have given full points for this project.