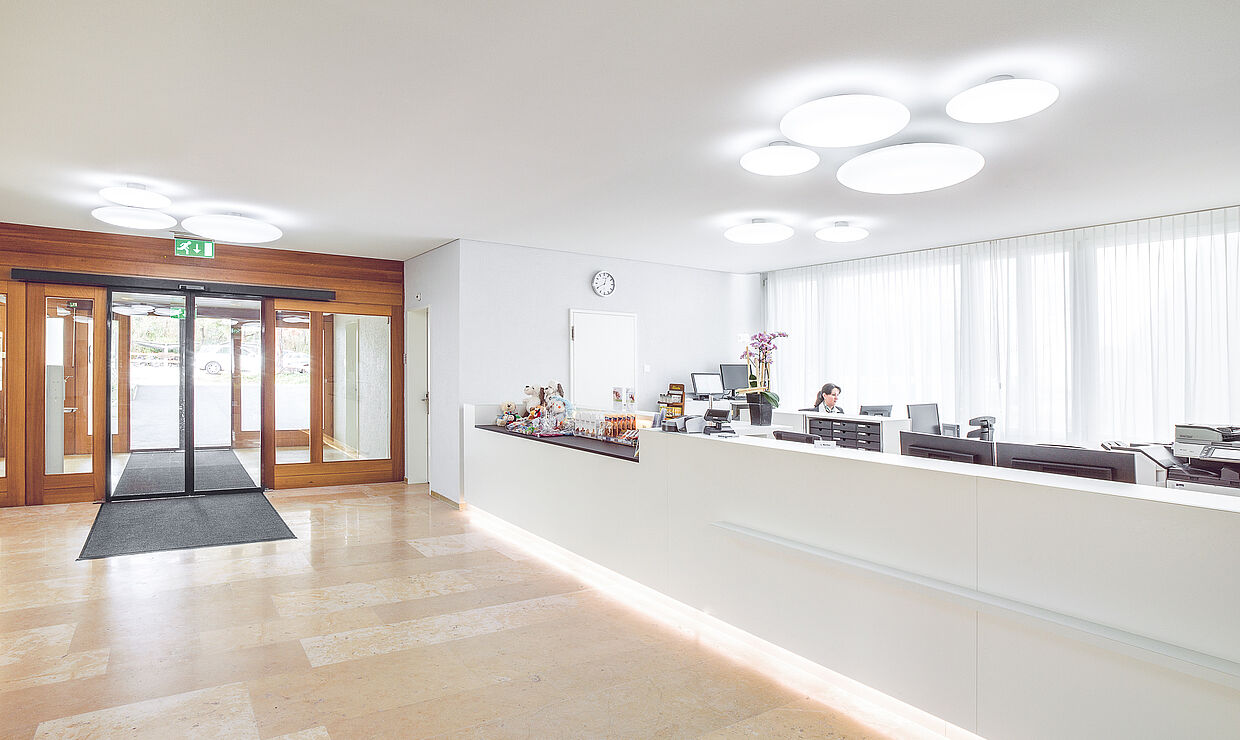 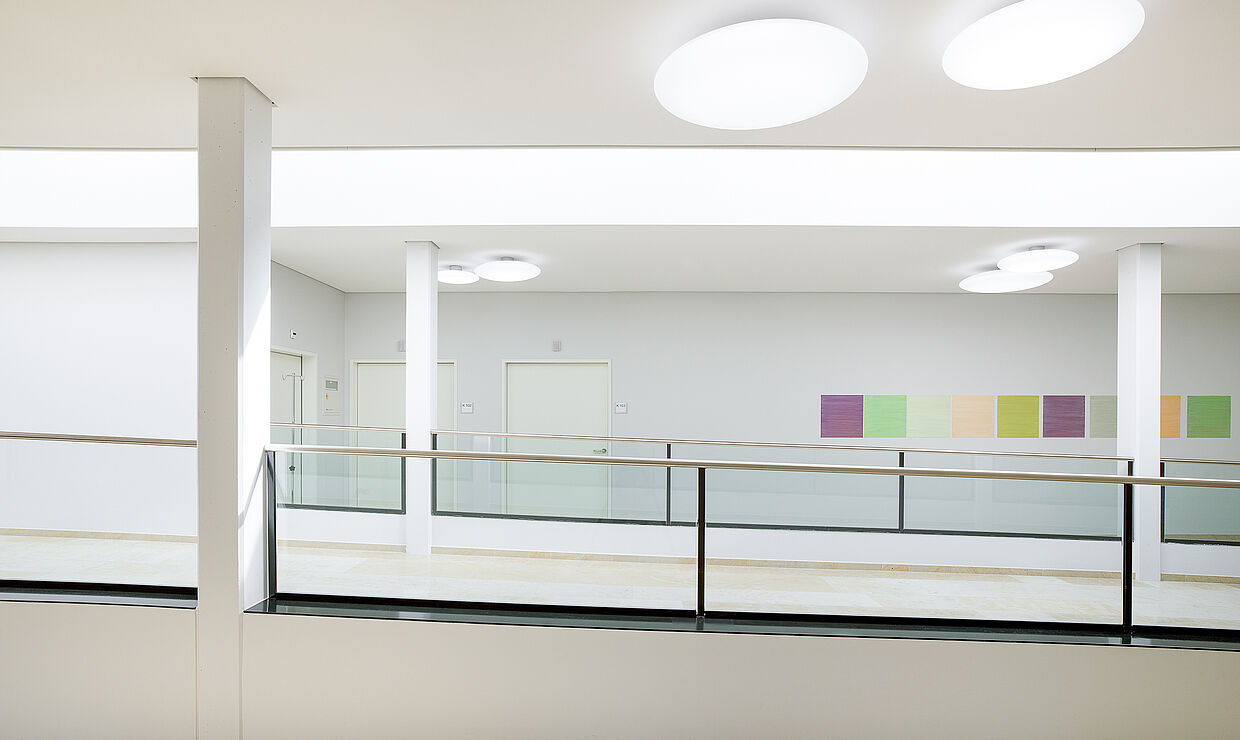 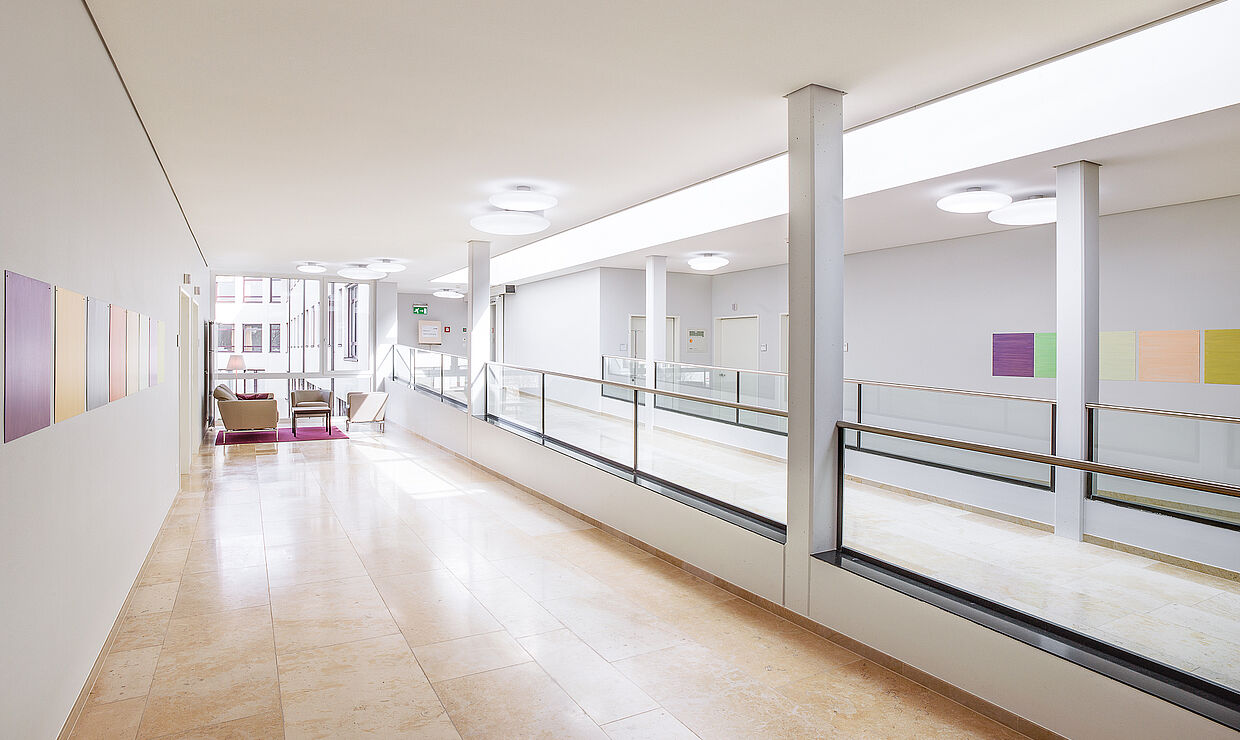 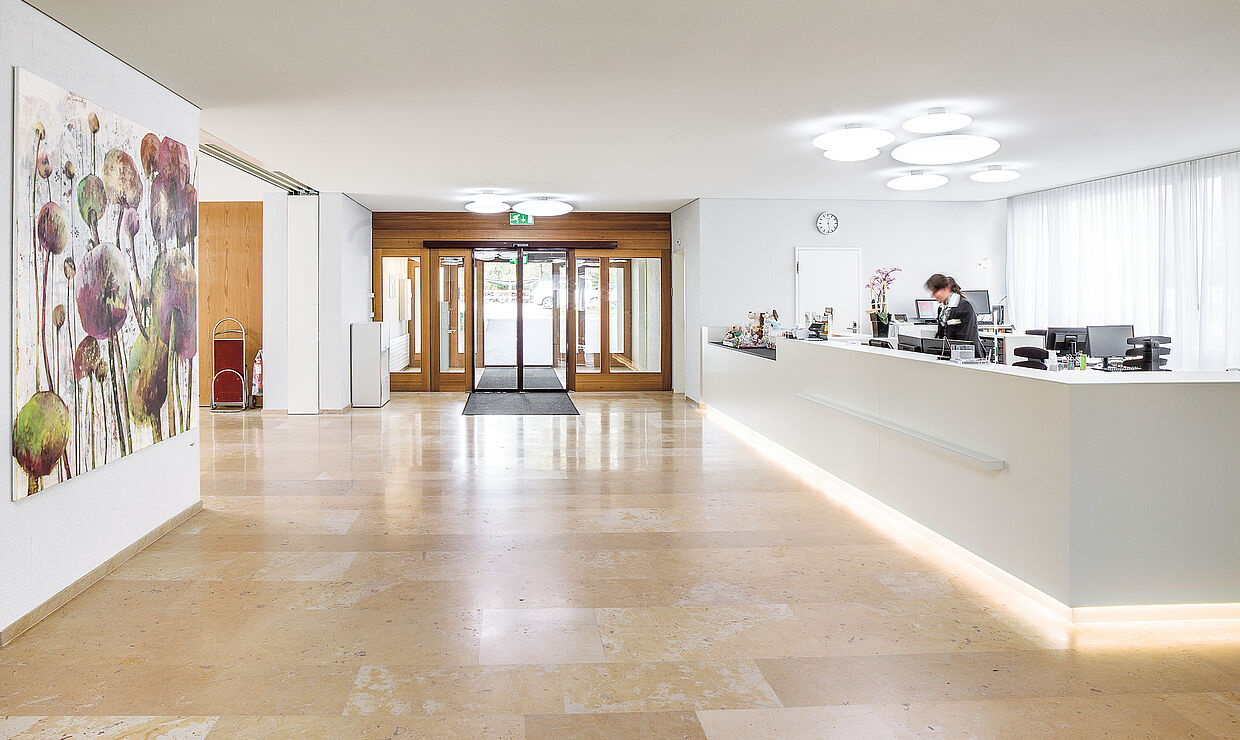 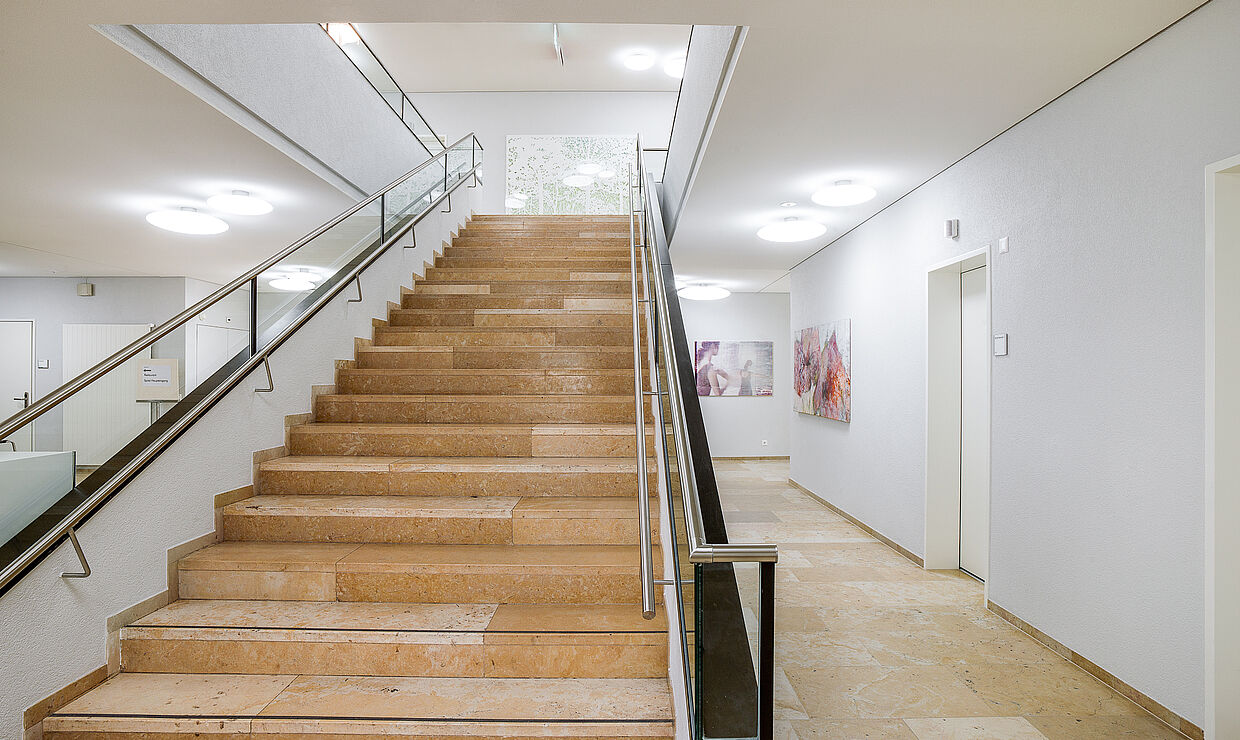 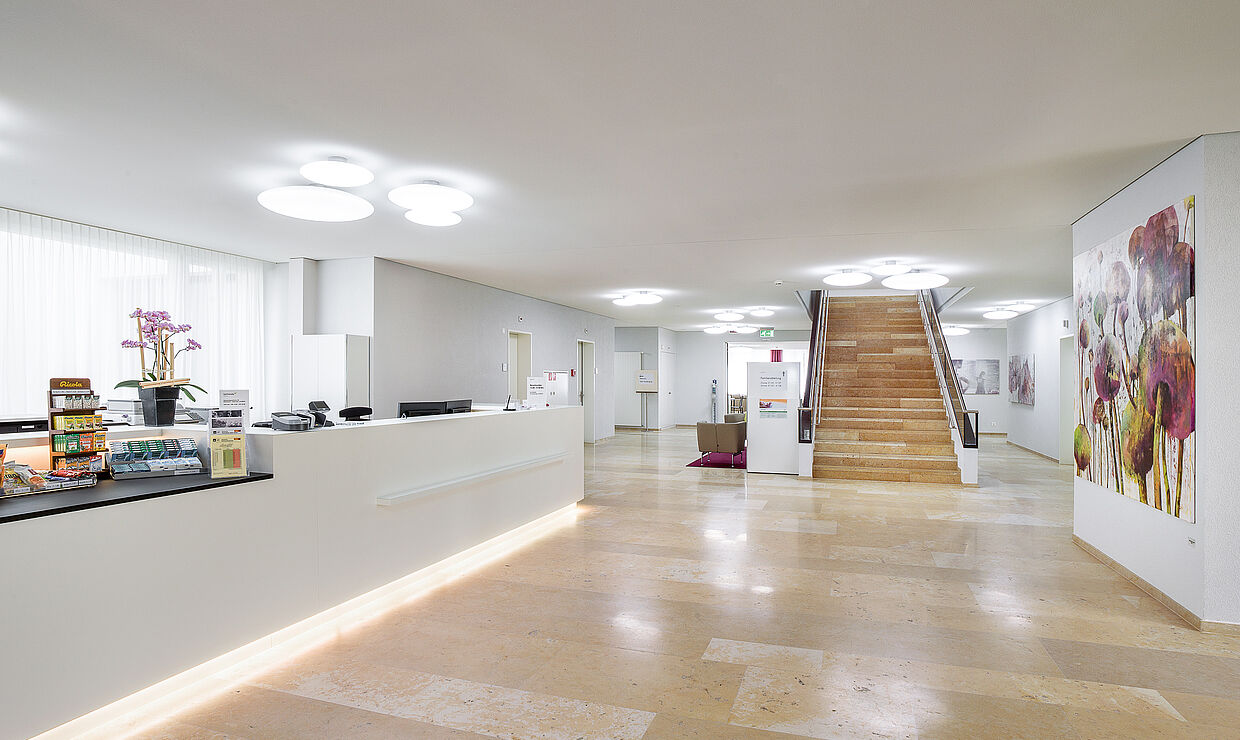 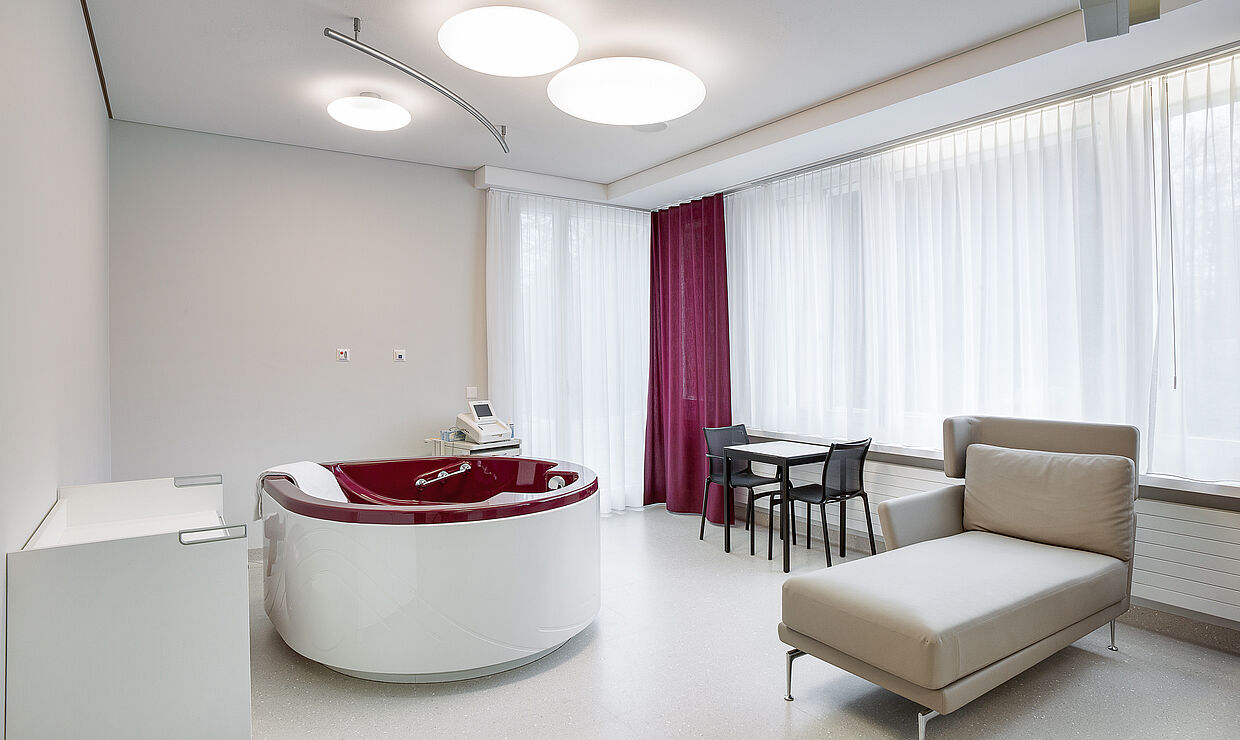 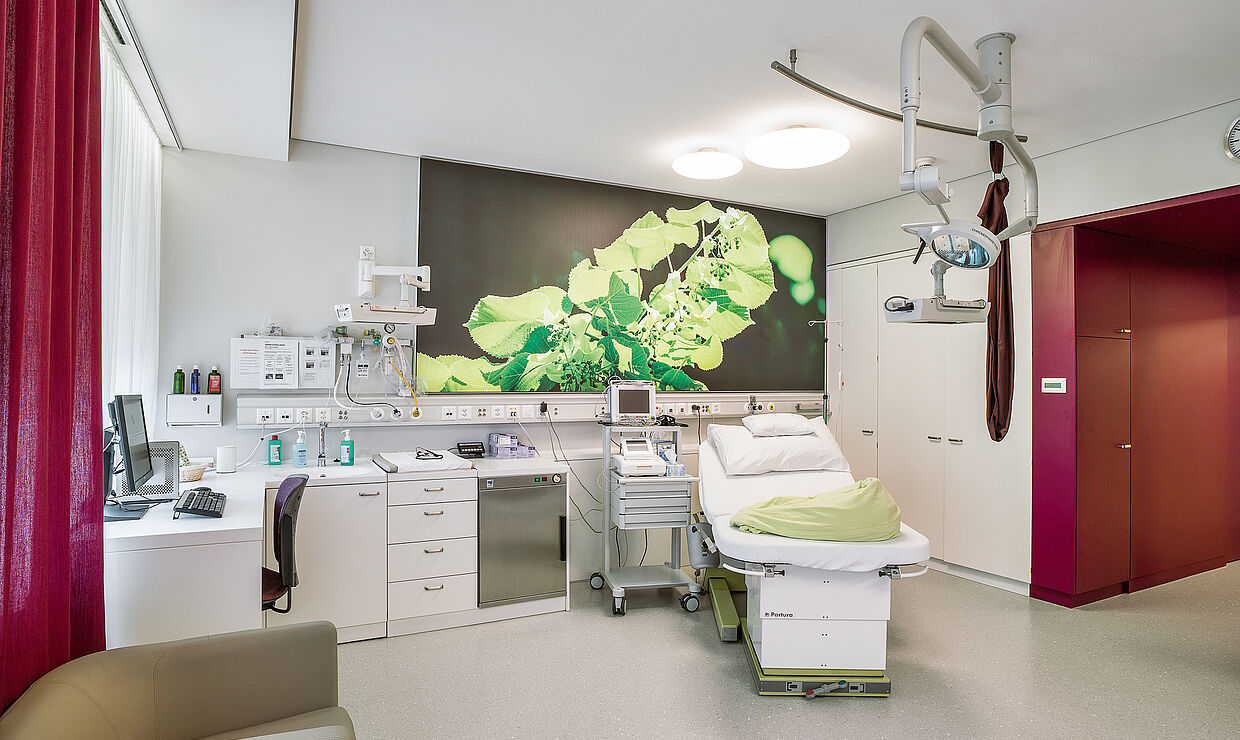 Thanks to its innovative lighting concept the maternity clinic at Bethesda Hospital in Basle has become a trendsetter on the Swiss healthcare scene. Colour temperature and light levels are aligned to natural lighting conditions over the day to support the human circadian rhythm and generate a feeling of well-being.

“Besides providing good medical care, which is what our hospital stands for, we wanted to create an oasis of well-being with a hotel feel about it for the expectant mothers, the women who are spending a few days in the clinic after giving birth, plus their families, as well as an attractive work environment for our staff,” says Hans Kaufmann, Head of Property Management at the Bethesda Foundation. And it was certainly worth taking a new approach for the refurbishment programme: according to hospital management, since they opened the new clinic in September 2013 the thirteen rooms have been occupied practically throughout – and the feedback has been generally extremely positive. The innovative lighting concept has succeeded in creating a quality and added value that bring the spaces to life.

The tailor-made solution was developed and realised through close collaboration between luminaire manufacturer Regent, who were able to fulfil all the client’s requests within a very short period of time, lighting designer Grischa Witt (Reflexion AG), architect Andreas Tobler (Raumformat), and Hans Kaufmann representing the client.

Colour temperatures aligned to natural lighting conditions over the day

On the basis of findings relating to the biological effect of light – which supports our circadian rhythm – the colour temperatures and light levels in the circulation zones in the maternity clinic are programmed to change naturally in the course of the day from a cooler 5400 K around midday through to a warm 2700 K in the evening. The lighting design is in line with the recommendations laid down in the new DIN Spec 67600 design guidelines. The light level can be dimmed to 30 per cent in the evenings and in the night, and increased to 100 per cent in the daytime. “This dynamic scheme is aligned to the daily routine of our hospital staff and also helps the families when they take a break or are recovering from the birth,” Ute Richter, Head of the Maternity Ward, explains.

In the parts of the clinic where staff need to be awake round the clock (reception and midwives’ unit) the colour temperatures and light levels are specially adjusted. Lighting designer Grischa Witt quite rightly points out that LED technology makes it a lot easier to subsequently adjust the lighting to meet different requirements effectively. It was therefore possible to find a good compromise between mood lighting and localised task lighting. The luminaires are connected to a central control unit via a DALI interface and can be adjusted as required.

The arrangement of the luminaires in clusters as opposed to a rigid layout makes it easier to provide more light where it is needed when it is needed. Architect Andreas Tobler was also pleased to see that the lighting layout was not linear but aligned to harmonise with the architecture of the former nursing school: tentacle-like corridors widen gradually, offering views of outdoors and daylight – supplemented to an optimum by dynamic artificial light.

The feel-good atmosphere in the maternity clinic is further enhanced by the organic formal language of the luminaires applied: Torino LED ceiling luminaires in three different sizes. The luminaires have a diameter of 800 millimetres, or 400 millimetres and 600 millimetres, respectively. When it came to modifying the fixture for this project the team from Regent was faced with the challenge of developing an LED solution for the Torino luminaire, which had originally been designed to be sourced with ring-shaped fluorescent lamps.

Using a specially constructed circuit board equipped with Tunable White LEDs the designers succeeded in achieving the smooth, harmonious effect associated with this kind of luminaire: the shadow-free luminaire, now sourced with LEDs, provides both direct and indirect light.


“This ensures that the ceiling surface is well illuminated, which in turn leaves the spaces looking and feeling softer and friendlier,” lighting designer Grischa Witt explains. All in line with the atmosphere the clinic promotes, as Ute Richter aptly sums up: “A birth has nothing to do with being sick. It is a happy event that can take place in our facility as if in a hotel environment”.
Projektübersichtfile, 0,9 MB
To overview
Are you planning a similar project just now?Just contact us, we'll be glad to answer your questions.